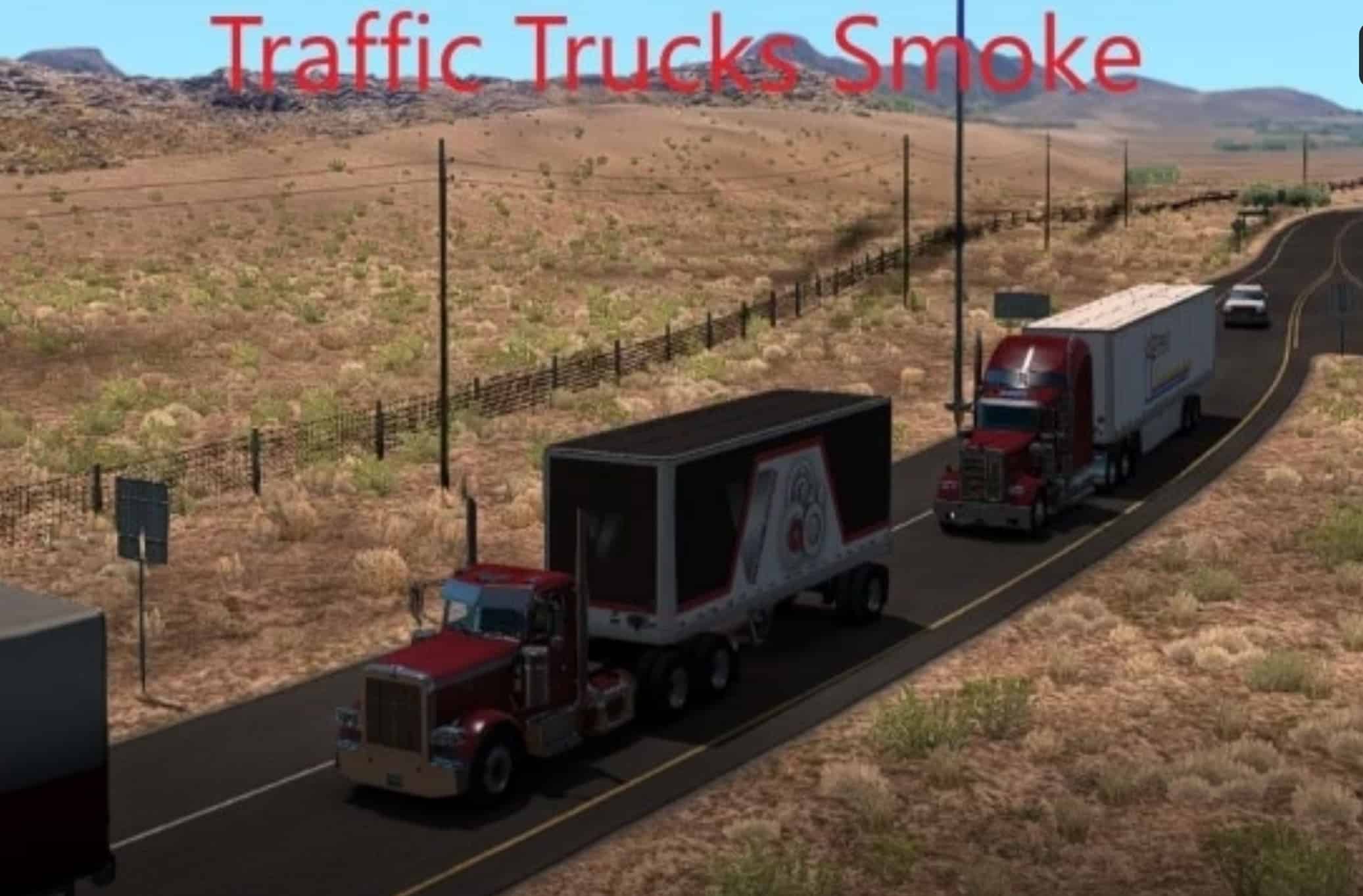 This mod adds smoke to the exhausts of some trucks from the game’s original traffic.

Trucks that receive smoke in the original traffic are the same as those that are made available at the Truck Dealers listed below:
– Freightliner
– Intnational
– Kenworth
– Mack
– Peterbilt
– Volvo
– Western Star

The trains received chimney and smoke.

The smoke follows the original direction of exit of its exhausts except the exhausts that are under the trucks. The smoke alters its trail as the trucks change their direction and speed.

The mod has been updated to the current version of the game (1.41*).