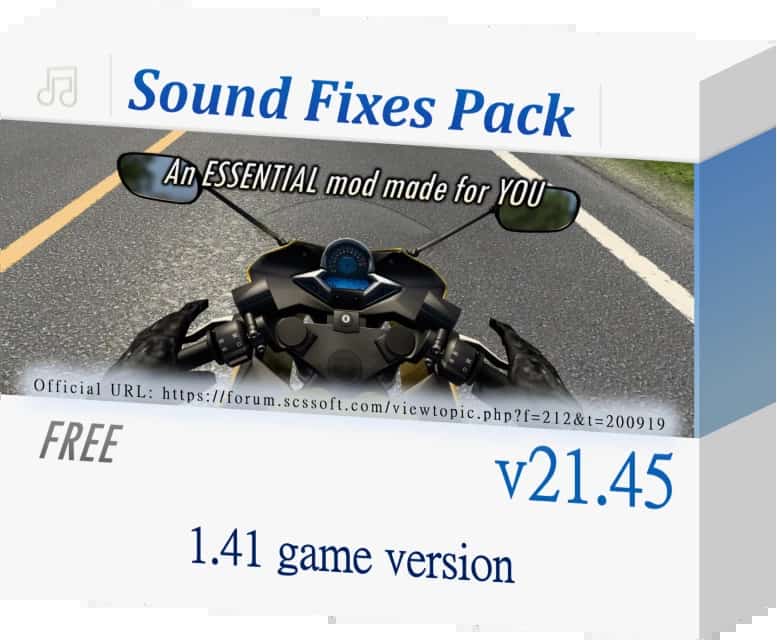 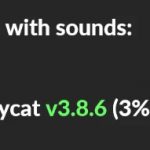 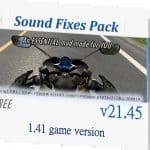 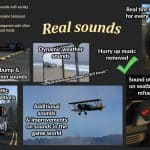 DESCRIPTION
– Pack provides essential improvements to common sounds in the game for increased immersion.
– For over 5 years, the Sound Fixes Pack continues to add an assortment of sound enhancements to the game’s soundscape.
– The mod receives regular updates to cover more sounds to add immersion. Thus the Steam Workshop version is highly recommended for quicker updates.

COMPATIBILITY
* ETS2 1.41.0 + ATS 1.41.0. No errors in game log. Must have high priority in Mod Manager.
* Supported in single-player mode.
* Compatible with all maps and all trucks, including truck mods.
* Does not replace individual truck sounds, so this mod can be used with an unlimited amount of truck sound mods of your choice.

FEATURE LIST
The mod features dynamic and realistic sounds, covering the following:
– The ultimate variety of suspension and tire bump sounds when driving over curbs or bumps in the road
– Fuel / gas station sounds
– Door close and seatbelt sounds after refueling
– Trailer coupling and trailer brace rotation sounds
– Nokia phone ringtone sound replacing the hurry up / late music, leading to less stress for the player
– Default common truck sounds (not engine or exhaust), such as the air brake sounds
– AI traffic sounds, including sounds for Jazzycat’s Motorcycle Traffic Pack
– One standalone air horn that you can add to your truck
– English UK/US voice navigation variants with speaker effect added and no unrealistic phrases
– Genuine wind sounds
– Real tire sounds for all terrains: asphalt, gravel, grass, and sleeper lines
– Location based sounds of environment
– Sounds for animated objects such as F22 jet fighters and biplanes
– Variable rain and thunder sounds
– The default wiper sound may now squeak only when the windshield is dry

OTHER CHANGES
For further realism, the mod may also add official colors to each AI traffic vehicle it modifies for sound.

If you enjoy experiencing real American truck driver life, but at the same time feel a bit bored of the common road, cargos, and trucks, then American Truck Simulator Mods are for you! Step into an American Truck Simulator Driver's shoes and prove that you can deliver the cargo under any circumstance. It is the easiest way to get the best of the game, your opponents will be surprised! Then all you need to do is simply click on American Truck Simulator Sound Fixes Pack v21.45 Mod free download button and implement it to your game. It’s great getting even more than it was expected – that’s why we insist on you to try and test the benefits personally. That could be a great boost to your game and there are no reasons why to react negatively. Choose one of the various ATS Mods and take on new challenges. Driving a truck has never been so exciting!