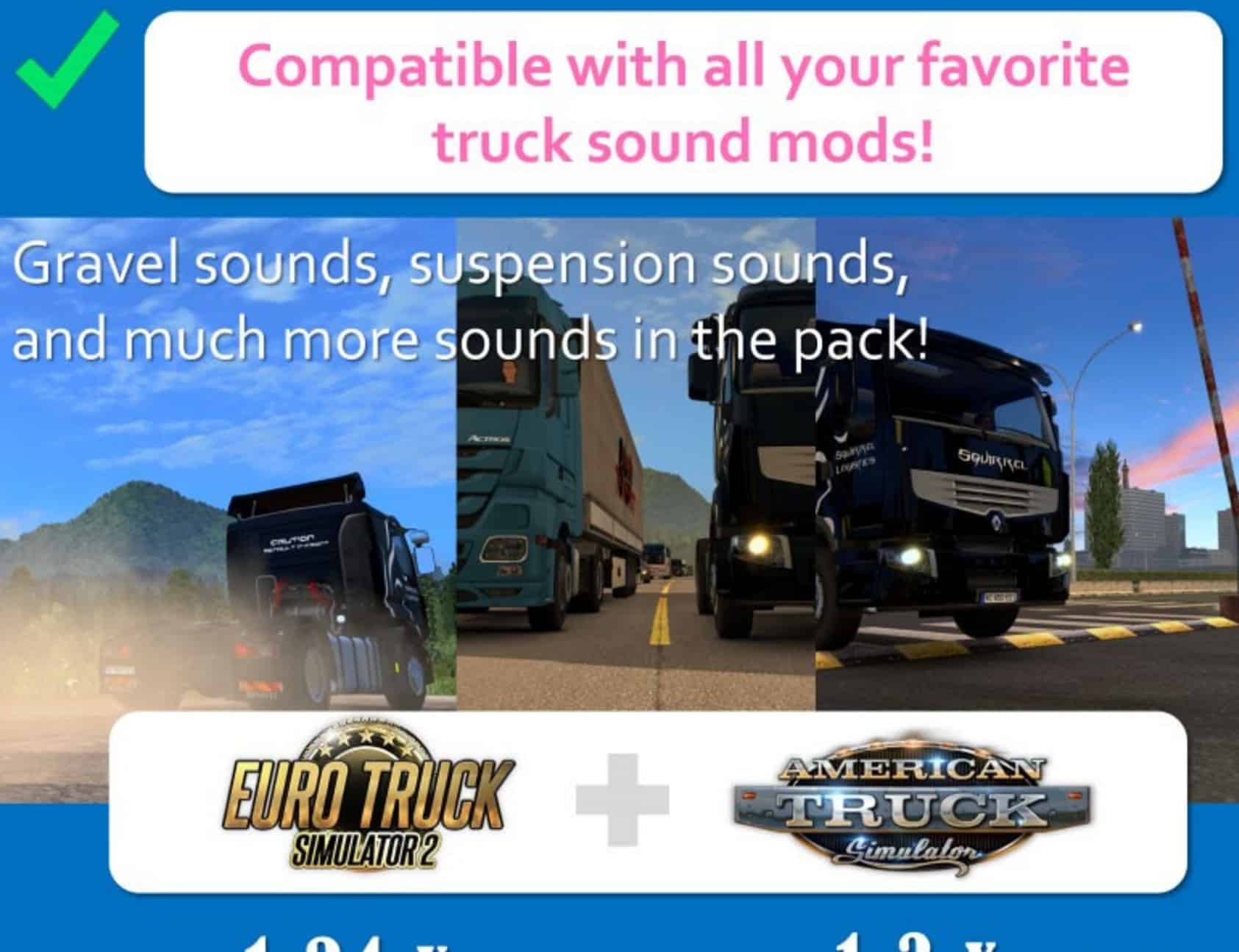 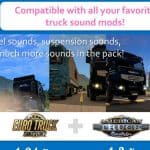 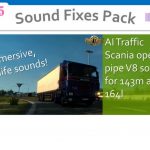 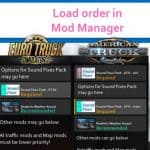 Credits: – SCS Software for base sounds – Drive Safely for pitch, reverberation and sound edits, some sound samples and compiling mod – antonvezdehod, Ludmilla and Katixa/Irreo for some tire sounds – Balamut for some key swing and light suspension sounds – AlexeyP for some trailer coupling and fuel pump sounds – nIGhT-SoN for raindrop definitions