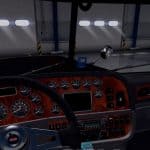 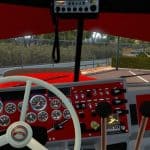 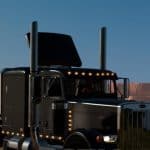 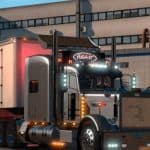 – Purchased in the cabin Peterbilt
– 6 cabins,
-12 kinds of chassis
– 2 types of interior (old / modern panel) with lots of settings
– Own sounds
– Own wheels
– Extensive tuning