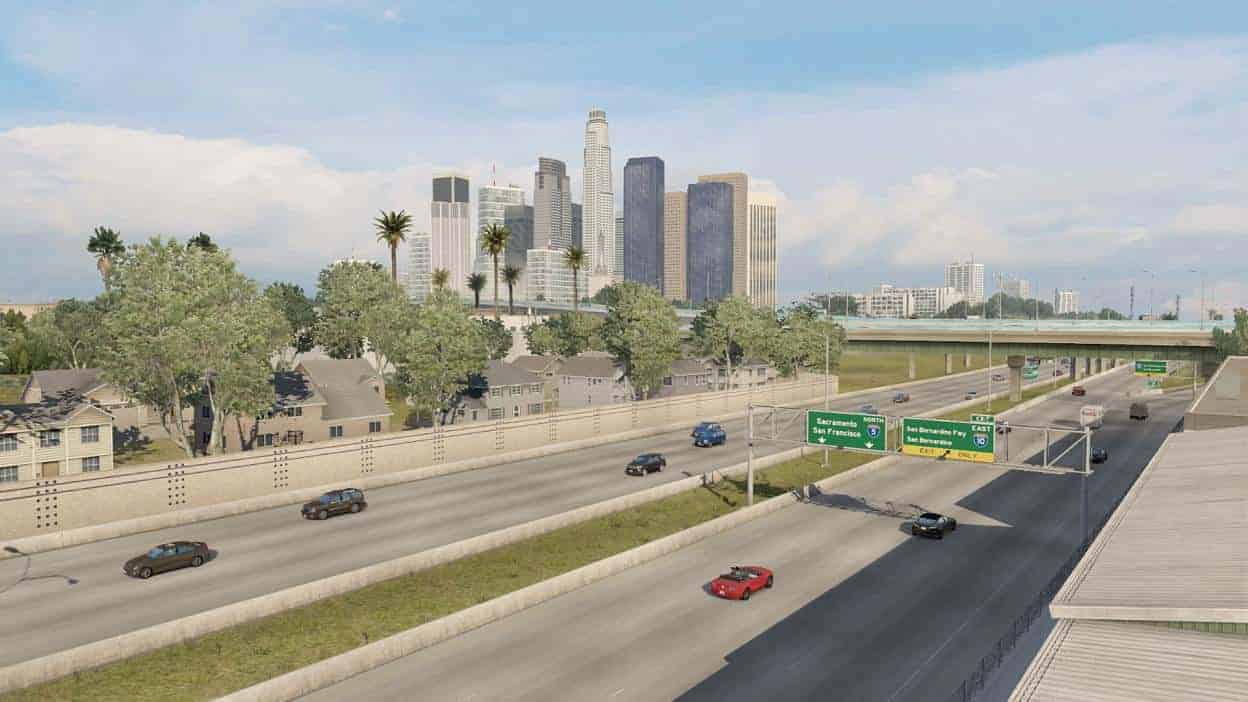 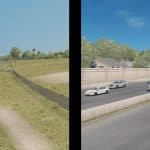 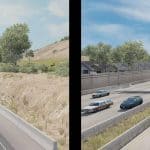 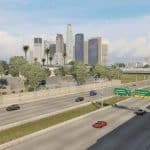 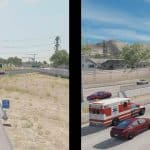 This mod significantly increases traffic in large urban areas; these areas are defined as the San Diego Corridor – Los Angeles, San Francisco Bay Area, Sacramento, Reno, Las Vegas, Phoenix, Tucson, Albuquerque, Portland and Seattle; Traffic elsewhere is kept to a standard level, which I consider to be quite realistic.
(For compatibility with traffic generation mods, just open the mod with the file archiver (7-Zip, WinRAR, …) and delete the “def” folder)

It includes many changes that the author made when trying to portray some places more precisely, these changes are described in detail below:

The updated map includes Bakersfield’s “urbanization” along Route 99 (no changes in lanes, as this will require a complete restructuring of interchanges, perhaps much later) and changes elsewhere.

You must have all the extensions DLC.

The mod must be compatible with other mods of cards, if you put them in a higher priority, although the author has never checked.

There are two files in the archive:
1. minor_urban_overhaul v4.scs
2. Urban overhaul patch US Expansion.scs – patch compatibility with US Expansion v2.6

If you enjoy experiencing real American truck driver life, but at the same time feel a bit bored of the common road, cargos, and trucks, then American Truck Simulator Mods are for you! Step into an American Truck Simulator Driver's shoes and prove that you can deliver the cargo under any circumstance. It is the easiest way to get the best of the game, your opponents will be surprised! Then all you need to do is simply click on American Truck Simulator Minor urban overhaul 6 1.35.x Mod ATS Mod free download button and implement it to your game. It’s great getting even more than it was expected – that’s why we insist on you to try and test the benefits personally. That could be a great boost to your game and there are no reasons why to react negatively. Choose one of the various ATS Mods and take on new challenges. Driving a truck has never been so exciting!