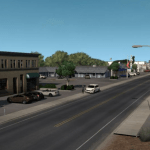 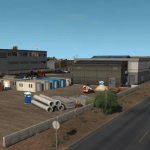 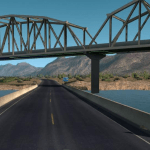 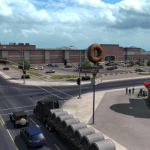 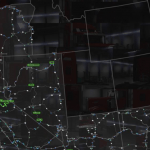 This card combines two add-ons US 50 & CA 99 and Cities Expansion
Adds many new roads and cities to the game
You need a DLC New Mexico
Works with most famous cards.

Compatibility MhaPro, Viva Mexico, and others
Connect above your cards

Contains roads and cities from addon US 50 & CA 99
– Added Yosemite Park (Yosemite National Park) and CA 108 and CA 120 from Project West (removed in v2.3)
– Added Li Vinin City from Project West (replaced by SCS version v2.3)
– Added decorations on US 50 between Sacramento and Placerville
In v2.3 most of the map was removed, the project “American West” was saved, only the redesign of the route from Fresno through Sierra was saved)

It also includes new cities and roads from the Cities Expansion addon.

When installing this card, disable add-ons US 50 & CA 99 and Cities Expansion
You need a DLC New Mexico
The screenshots show new cities and roads on the map

Version 2.4 for American Truck Simulator (v1.32.x):
– Updated for 1.32
– Included map changes from SCS in update 1.32
– Removed a house in Walbert in Cimarron
– Fixed closed roads in Cimarron
– Fixed disabled nodes in Fort Sumner and other places
– Rebuilt Quartzsite city from scratch
– Rebuilt I-80 and CA99 highways from scratch
– Many bugs fixed
– Fixed some flying objects
– Fixed some holes in the map