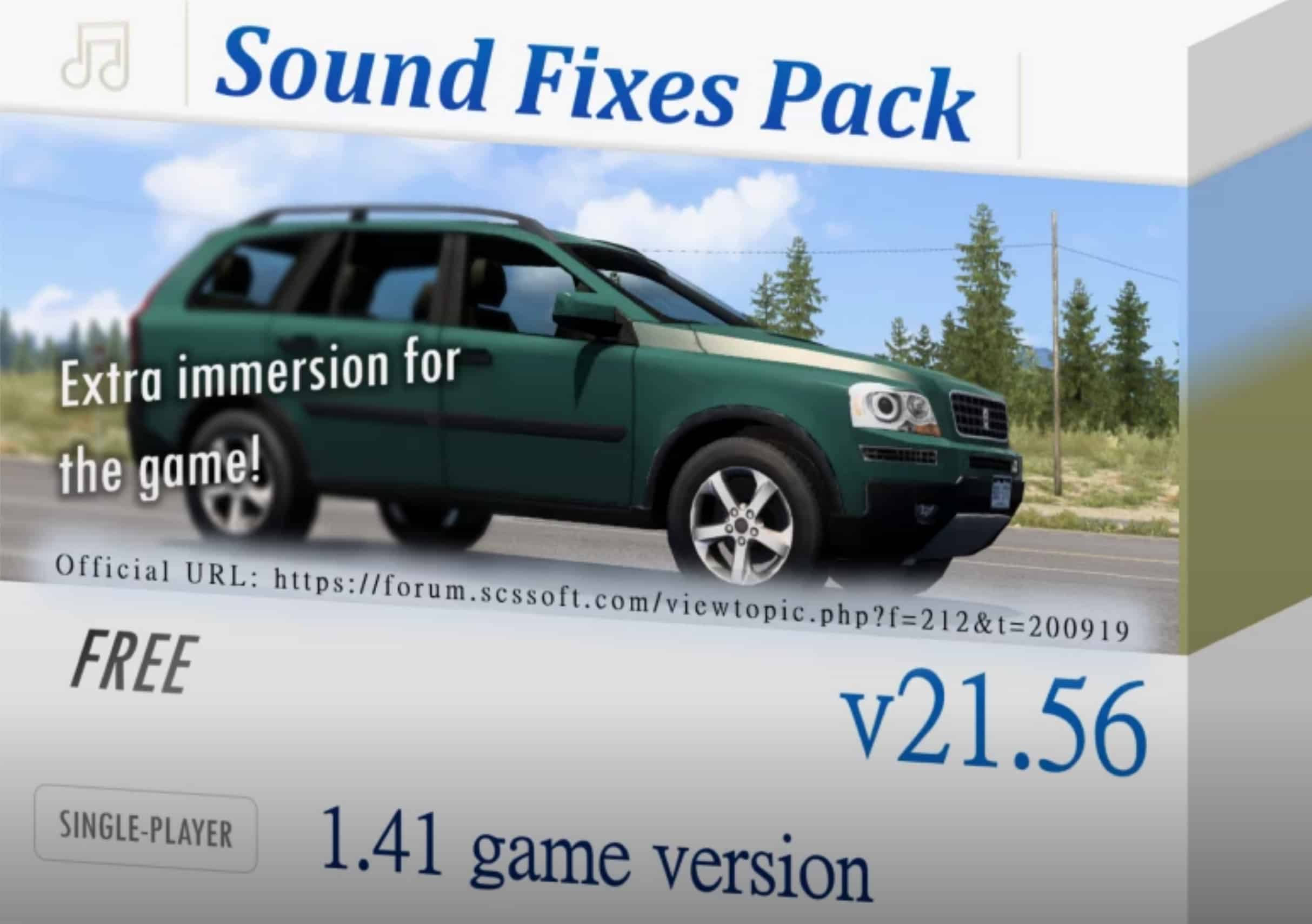 With certain camera views, the standalone air horn can be used creatively to output a different sound.

This includes:
1. Quickly using the horn
2. Laying on the horn
3. Using 1 air horn rather than 2
4. Taking advantage of the doppler effect, tunnels, or from being further away from your truck

DESCRIPTION
– Pack provides essential improvements to common sounds in the game for increased immersion.
– For over 5 years, the mod continues to deliver, and it’s proven ideal for both players wanting realism and casual players.
– The mod receives regular updates to cover more sounds to add immersion. Thus the Steam Workshop version is highly recommended for quicker updates.

If you enjoy experiencing real American truck driver life, but at the same time feel a bit bored of the common road, cargos, and trucks, then American Truck Simulator Mods are for you! Step into an American Truck Simulator Driver's shoes and prove that you can deliver the cargo under any circumstance. It is the easiest way to get the best of the game, your opponents will be surprised! Then all you need to do is simply click on American Truck Simulator Sound Fixes Pack v21.56 Mod free download button and implement it to your game. It’s great getting even more than it was expected – that’s why we insist on you to try and test the benefits personally. That could be a great boost to your game and there are no reasons why to react negatively. Choose one of the various ATS Mods and take on new challenges. Driving a truck has never been so exciting!