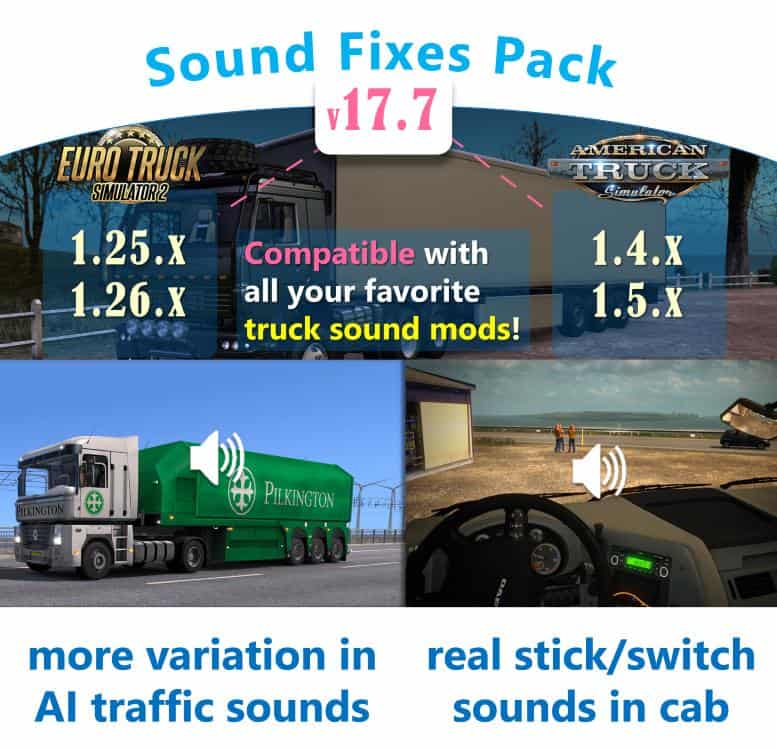 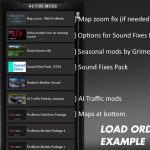 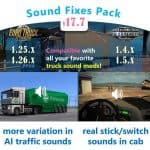 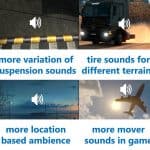 Pack provides improvements to common sounds in the game, making them feel more immersive and real.
The goal of the mod is to make the game’s sounds feel like real life!

COMPATIBILITY
==============
* ETS2 1.25.3 and 1.26.x + ATS 1.4.x. and ATS 1.5.x. No errors in game log. Must have high priority in Mod Manager.
* Compatible with all trucks, including truck mods.
* Does not replace individual truck sounds, so can be used with an unlimited amount of truck sound mods of your choice.
* Compatible with all maps.
* Supports compatibility with Realistic Weather Sound 1.7.7 (provides realistic thunder + exterior rain sounds). Both mods can be enabled at the same time. Check the load order image included for more details.
* If using any of Grimes’ seasonal mods, place the seasonal mod with higher priority than the Sound Fixes Pack for a more accurate seasonal experience.
* If using winter mods, please enable Frosty Winter Weather Sound addon from Options folder of Sound Fixes Pack for winter sounds.