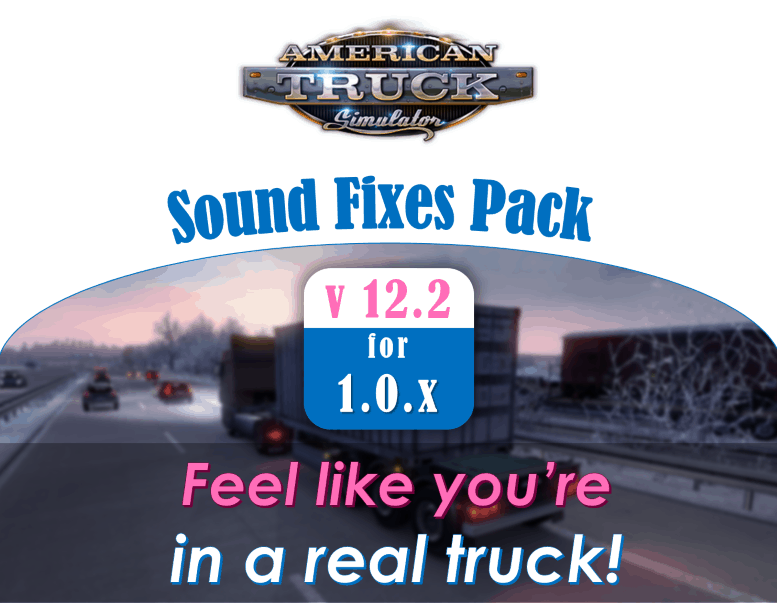 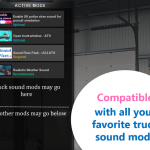 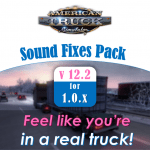 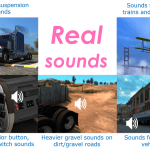 This mod replaces a lot of sounds to make the game more immersive and realistic.

** Feature list **
1) – Tire / Tyre sounds –
* Realistic asphalt tire sounds that resonate depending on how fast you are
accelerating and what speed you are in, giving a feel for your sense of speed.
* Heavier gravel sounds when driving on dirt or gravel roads.

6) – AI Traffic sounds –
* AI traffic vehicles given new horn sounds.
Depending on the patience of the driver, a short or long honk may be used.
* AI traffic trucks/buses given more variations of sounds
(turbo, engines, gear changes)
* You can hear the slight sound of vehicles overtaking you
or passing by you in the oncoming lane

7) – Environment sounds –
* Wind will sound slightly faster from cabin when you drive at a high speed
* Pattering of rain on windshield audible inside the truck during heavy rain
* Louder volume and reworked audio for biplanes, trains (included train horn),
helicopter, cable cars and Boeing planes

** Compatibility **
* Compatible for and tested on ETS2 version 1.22.2 and ATS version 1.0.x.
No errors in game log.
* Compatible with all trucks including mod trucks.
Does not replace individual truck sounds,
so can be used with any truck sound mod of your choice.
* Compatible with all maps
* Supports compatibility with Realistic Weather Sound 1.7.4
(provides realistic thunder and exterior rain sounds).
Both mods can be enabled at the same time. Check load order image for
more details.

These can be found in the Options folder when you download the pack.
You must enable the option with higher priority than the Sound Fixes Pack
for the sound to take effect!