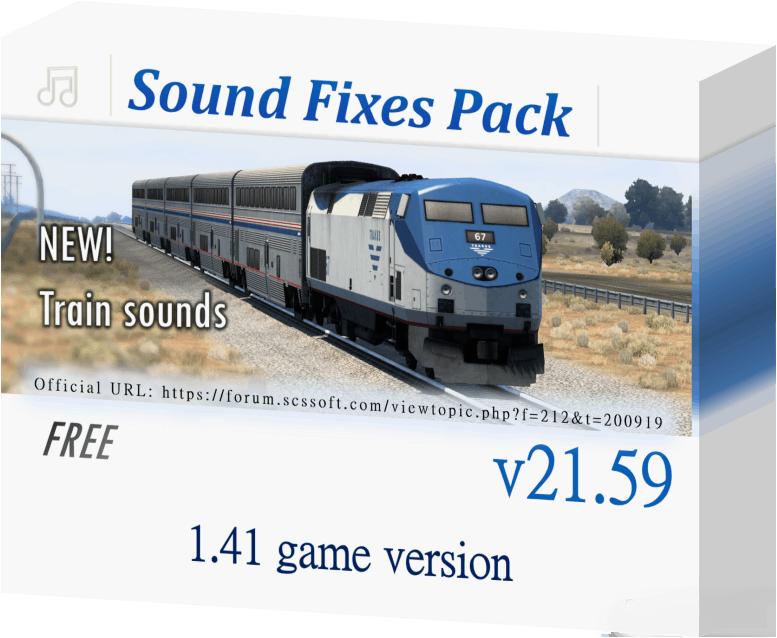 CHANGELOG v21.59
For all the train fans, the default freight car sounds have been modified with meticulous details:
– Complete sound set for the rails, wheels, and axles that dynamically change over various speeds.
– Dynamic sound volume effects to fade the sounds of the freight car realistically based on proximity.
– Various squeaks and squeals of the freight car that can be heard at low speeds.

CHANGELOG v21.58
Finally replaced the default diesel train locomotive sounds!
The sound includes much more detail than the default sound, including:
– Brake squeals when stopping.
– Improved sound transitions of idle, acceleration, and deceleration.
– Completely reworked soundset of the engine, with a fuller spectrum of frequencies.
– Most importantly, realistic volume fall-off. It will only be loud in close proximity.

DESCRIPTION
– Pack provides essential improvements to common sounds in the game for increased immersion.
– For over 5 years, this mod has proven to be a welcome addition for anyone wanting an immersive experience.
– The Steam Workshop version is highly recommended for quick and easy updates, maintained for the current game version.