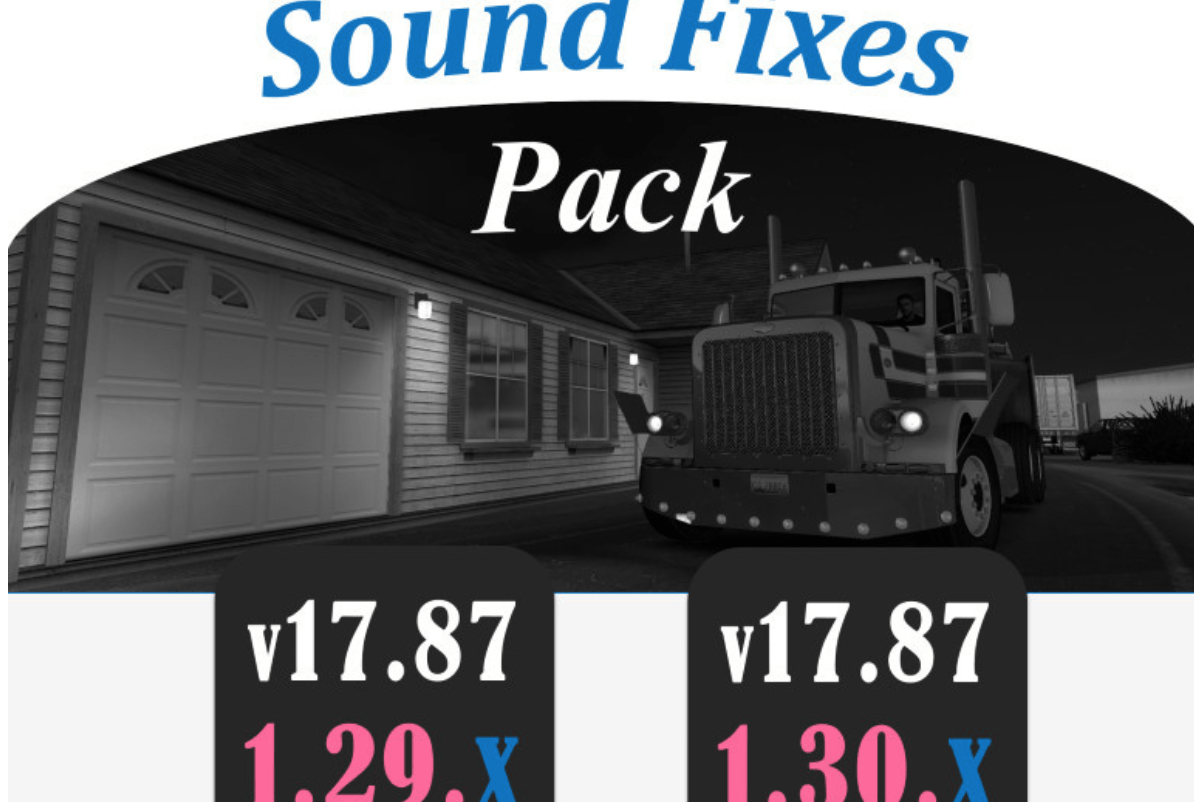 * ETS2 1.30.1 + ATS 1.29.1. No errors in game log. Must have high priority in Mod Manager.
* Compatible with all trucks, including truck mods.
* Does not replace individual truck sounds, so can be used with an unlimited amount of truck sound mods of your choice.
* Compatible with all maps.
* Supports compatibility with rain sound mods such as Realistic Weather Sound 1.7.7 (provides realistic thunder + rain sounds). Both can be enabled at the same time. Check the load order image included for more details.
* If using any of Grimes’ seasonal mods, place the seasonal mod with higher priority than the Sound Fixes Pack for a more accurate seasonal experience.
* If using winter mods, please enable Frosty Winter Weather Sound addon from Options folder of Sound Fixes Pack for winter sounds.
* Traffic density/behavior mods (in lower priority in Mod Manager) can enable realistic sound ranges plugin from Sound Fixes Pack by inserting this line into def/traffic_data.sii: @include “traffic_data_update.sui”

* SCS Software for base sounds
* Drive Safely for pitch, reverberation and sound edits, some sound samples, and for compiling mod
* antonvezdehod, Ludmilla and Katixa/Irreo for some tire sounds
* Balamut for some key swing and light suspension sounds
* AlexeyP for some trailer coupling, gate/barrier and fuel pump sounds, and sounds from Improved Environment Sound
* nIGhT-SoN for raindrop definitions

The SCS Forum link below for Sound Fixes Pack holds all official download links and can be used to give feedback and ask any questions about the mod:
http://forum.scssoft.com/viewtopic.php?f=212&t=200919