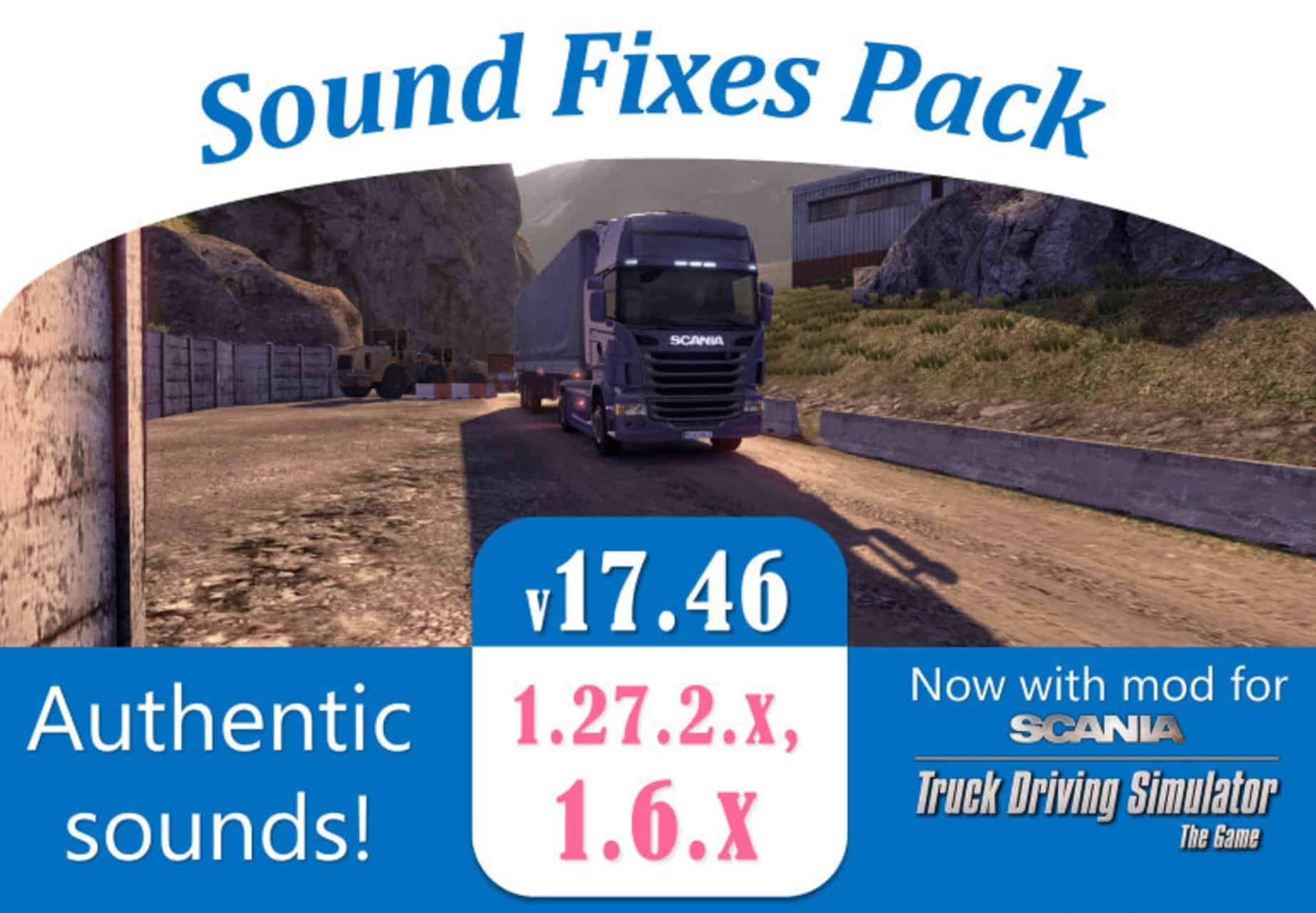 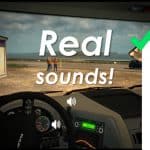 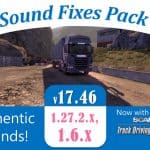 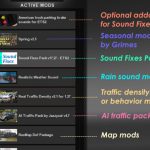 DESCRIPTION
===========
– Pack provides improvements to common sounds in the game, making them feel more immersive and real.
– The goal of the mod is to make the game’s sounds feel like real life!
– The mod is frequently updated to bring more real sounds into the game.

COMPATIBILITY
=============
* ETS2 1.27.2 and ATS 1.6.2. No errors in game log. Must have high priority in Mod Manager.
* Compatible with all trucks, including truck mods.
* Does not replace individual truck sounds, so can be used with an unlimited amount of truck sound mods of your choice.
* Compatible with all maps.
* Supports compatibility with rain sound mods such as Realistic Weather Sound 1.7.7 (provides realistic thunder + rain sounds). Both can be enabled at the same time. Check the load order image included for more details.
* If using any of Grimes’ seasonal mods, place the seasonal mod with higher priority than the Sound Fixes Pack for a more accurate seasonal experience.
* If using winter mods, please enable Frosty Winter Weather Sound addon from Options folder of Sound Fixes Pack for winter sounds.
* Traffic density/behavior mods (in lower priority in Mod Manager) can enable realistic sound ranges plugin from Sound Fixes Pack by inserting this line into def/traffic_data.sii: @include “traffic_data_update.sui”

CREDITS
=======
* SCS Software for base sounds
* Drive Safely for pitch, reverberation and sound edits, some sound samples, and for compiling mod
* antonvezdehod, Ludmilla and Katixa/Irreo for some tire sounds
* Balamut for some key swing and light suspension sounds
* AlexeyP for some trailer coupling, gate/barrier and fuel pump sounds, and sounds from Improved Environment Sound
* nIGhT-SoN for raindrop definitions