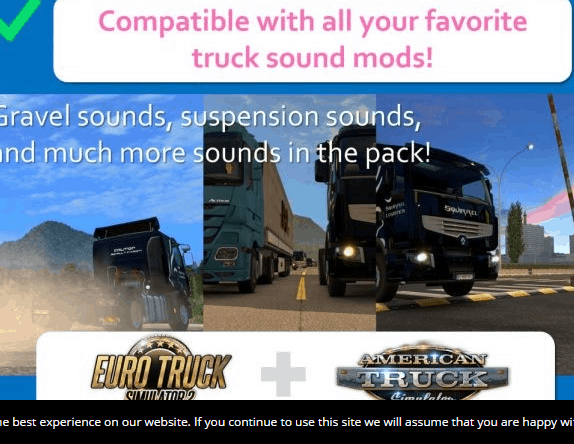 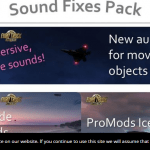 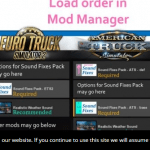 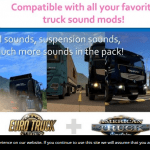 Added sounds for F22 jet fighters, blimps, hot air balloons, eagles, tugboats and container ships.
Reworked Boeing airplane audio. Most Boeing planes now have sound enabled.
Added sound for gentle waves at the sea. You can hear this if you are close enough to the coast outside of your truck. 🙂
Reworked helicopter and train sound range.
Added wind sound for tumbleweeds. You can only hear this if there are lots of tumbleweeds going at once in a group. 🙂 [ATS edition]

Credits: – SCS Software for base sounds – Drive Safely for pitch, reverberation and sound edits, some sound samples and compiling mod – antonvezdehod, Ludmilla and Katixa/Irreo for some tire sounds – Balamut for some key swing and light suspension sounds – AlexeyP for some trailer coupling and fuel pump sounds – nIGhT-SoN for raindrop definitions