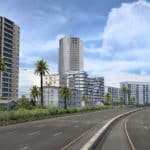 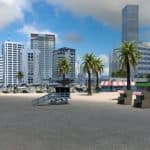 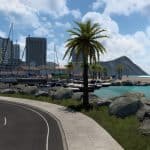 The first is the official announcement of Pacific Map. We will start small and work on Hawaii first.
Right now, we have three developers mapping full time on Pacific Map. No release date yet. As you know, putting release dates on maps just makes maps be released longer and cause disappointment.

Pacific is also to being a training grounds for our developer recruits, and other devolopers are from time to time polishing up some things in Honolulu. Our goal is to see at minimum Honolulu released by the end of the year. Most of Honolulu is done just some detailing in downtown and some scenery along the highways. the airport and port areas are completely done.