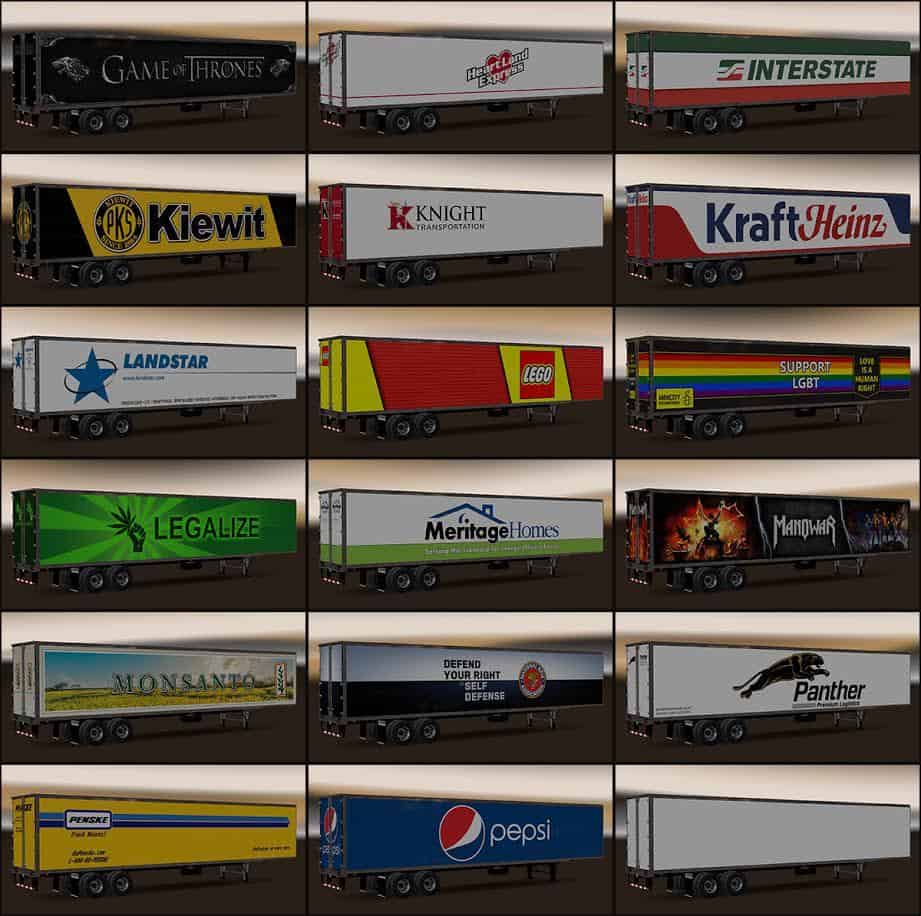 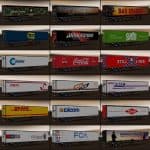 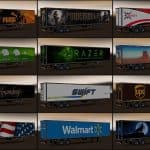 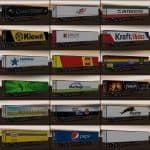 Some trailers has only one cargo, but you can find them in different companies. These trailers use default cargoes and available in the “Trailer selection” menu, except Bad Dragon (it has a new cargo):
Pepsi-Cola and Coca-Cola – beverages;
Bad Dragon – Bad dragon sex toys;
Razer – computers;
Bridgestone – tyres;
Puma – clothes;
Lego – toys;

Other trailers may contain various default cargoes and can be found in various companies. All these trailers available in the “Trailer selection” menu.