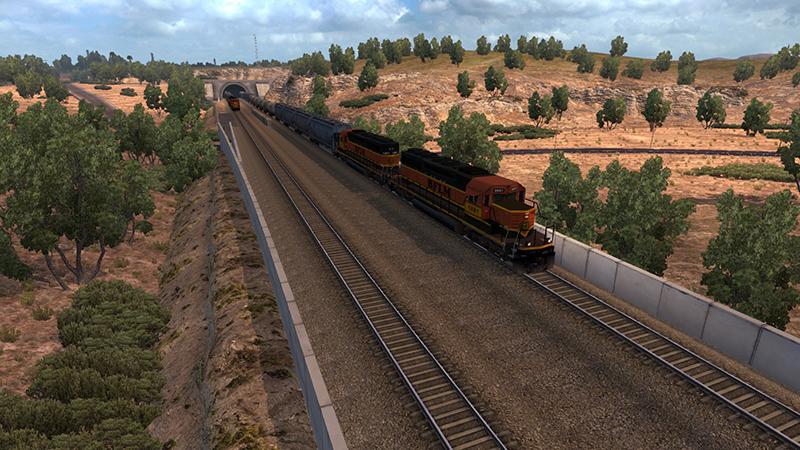 This is the rail yard near Fresno, the vanilla train is on engine, two of the grain (?) cars and four tank cars.

First Release
I’ve got a first release together. Currently the mod only modifies some of the trains. I wanted to get it out there so people could use it even though it’s not 100% done yet. I want to do this for two reasons, I’ve that in some areas you might see a train stop and then poof out of existence if you stop and watch it. This is due to where the animation ends, and I don’t know how to change that at the moment. I don’t this is a big issue, unless it happens at a crossing, which brings me to reason two.

I would also like people to point out where crossing are, I haven’t found them all yet, and that’s the big area to check to make sure the trains are working correctly, and for me to see which ones are spawning.