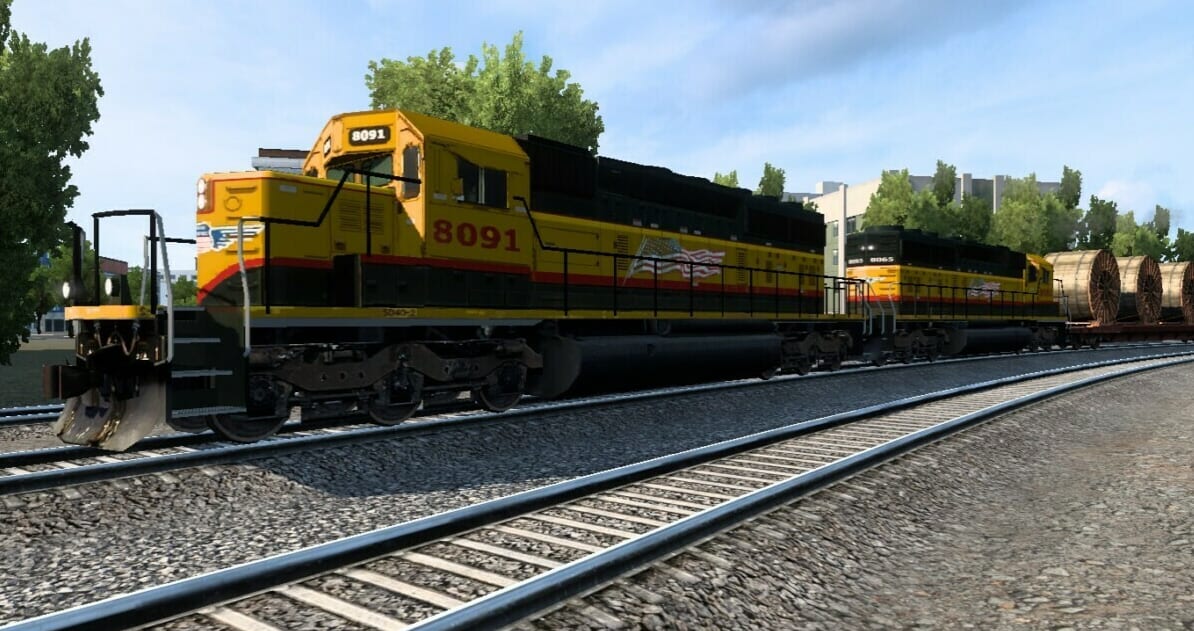 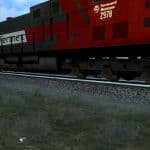 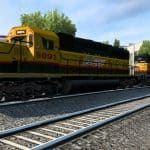 This Mod adding a More realistic American Trains With Realistic Sounds.
based by PIVA Train Mod and Sounds by Cipinho, Drive Safely and TruckerKid.
+ my Exclusive content.

Add classic diesel and steam engines, railcars and cabooses for sightseeing trains
For locomotives and rail cars add skins with names of his real companies.
Now all freight trains are drived by more locomotives, from 2 to 5 coupled head DMUs and some additional in the mid and(or) the tail of the trains.
The length of trains has been changed, passenger: 3-15 railcars (20 for Autotrains). freight: 15-60 railcars(up to 100 with addon), depending on the number of sections and type of locomotives.
Added realistic train sounds in new FMOD Sound Bank format.
All passenger trains added a reverse section locomotive.
also increased stopping distance for the all trains and added a miscalculation of their real mass by the game for greater realism of their acceleration dynamics and behavior on descents and ascents. accordingly, for each raft, the power is set as a multiple of the power of all its locomotives (not everywhere).

Changes in 3.7.5 for ATS (v1.41x):
compatibility update for open beta 1.41x (for 1.40 download the previous versions in the tab).
locomotive with tail number 1943 from the Cheyenne Wyoming Railway Museum, added to some of Union Pacific’s scheduled trains.
The sound bank has been rewritten, now the tonality of the sounds of the head locomotives (only the first locomotive) depends more on the position of their accelerator handle and not on the current speed.
all the collisions of the railcar models (even the default ones) were reworked to avoid unnecessary calculations of the interaction of collisions with each other during the movement of invisible and not externally manifested mutual collisions that loaded the computing system with parasitic calculations.
Fix for missing Trains and Trams in Denver Colorado.
fixed all possible compatibility issues with maps of Mexico.
the ratio of the number of regular trains in comparison with excursion and classic trains has been doubled (steam locomotives will become even rarer).
railway traffic to Wyoming and Texas for the future is registered. (Wyoming has a lot of steam locomotives and coal cars; Texas has a lot of oil tanks).
The train spawn fix no longer works in 1.41 so trains can spawn next to the player again.
this version is based on the beta build of the game 1.41.0.37s, compatibility with any other versions are not guaranteed.
constructive feedback is appreciated

PLEASE DO NOT INSTALL ANY REAL COMPANIES AND OTHER HIGH QUALITY TEXTURES PACKS ABOVE MY MOD IN LOAD ORDER, IT WILL RUINED ALL TRAINS TEXTURES OPTIMIZATION
This mod must be placed above any other third party mods that affect the trains, except for my own addons.
The mod does not support versions of game older than (1.41).

Please check before activation:
it is recommended to add this line: -mm_max_tmp_buffers_size 1000
to the properties of the game launch in Steam (or in desktop shortcut for nonsteam version) for better memory optimization and preventing game crashes with using alot of mods.

In Game:
For this mod are not recommended increase the settings “g_traffic” higher than value 1.0 or possible bugs and drawdowns FPS

If you enjoy experiencing real American truck driver life, but at the same time feel a bit bored of the common road, cargos, and trucks, then American Truck Simulator Mods are for you! Step into an American Truck Simulator Driver's shoes and prove that you can deliver the cargo under any circumstance. It is the easiest way to get the best of the game, your opponents will be surprised! Then all you need to do is simply click on American Truck Simulator Improved Trains v3.7.5 for ATS 1.41x Open Beta Mod free download button and implement it to your game. It’s great getting even more than it was expected – that’s why we insist on you to try and test the benefits personally. That could be a great boost to your game and there are no reasons why to react negatively. Choose one of the various ATS Mods and take on new challenges. Driving a truck has never been so exciting!