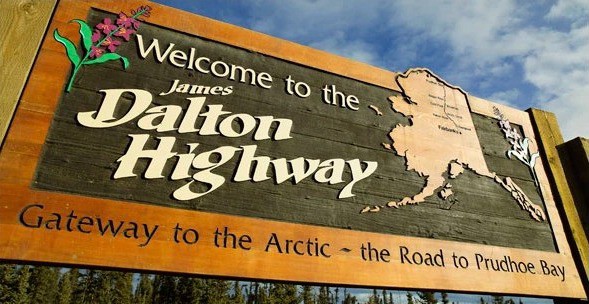 Map has been updated to current game version with alot of changes.

Vegetation error issues have been fixed.
Fixed issue with Push Trucks causing a freeze and CTD, they are working again.
Fixed issues with parked vehicles causing error messages.
Any other errors I spotted in the gamelog.txt were also fixed as well as reported issues.
Increased Experience a litte
Increased Driver Pay to be more upto date as I hadnt changed it since release.
Updated Currencies to latest FOREX Rates

Fairbanks has been upgraded to use current game assets.
Some buildings were replaced.
Roads and prefabs were replaced.
Moved company icons at Lowes and Walmart Prefabs as they were just in ridiculous locations.
Fixed some trees that had their branches coming into the road near Carlile.
Signs added from Fairbanks going towards Fox, using google streetview for reference.
Some roads were completely redone to more closely resemble real life.
This is an ongoing process. College Rd area will be upgraded more in the future.

The rest area going towards Fox by Farmers Daughters area has been redone to more closely match real life.

Train Tracks replaced. AI train will now spawn and run along the tracks.

Alaska DOT have new vehicles both on the road and parked at Fox Weigh Station.

Alaska State Park Rangers vehicle added. Be warned they have like their real life counterparts
the ability to issue speeding fines.

Four new Police Dodge Chargers added. Three to Fairbanks, units 27, 119 and 176 and one to Alaska State Troopers using one of the new liveries they have.

I have disabled the Fire Engine in Fairbanks as I still need to fix the paint job on it as well as adjust its spawn rate.

If you enjoy experiencing real American truck driver life, but at the same time feel a bit bored of the common road, cargos, and trucks, then American Truck Simulator Mods are for you! Step into an American Truck Simulator Driver's shoes and prove that you can deliver the cargo under any circumstance. It is the easiest way to get the best of the game, your opponents will be surprised! Then all you need to do is simply click on American Truck Simulator DALTON AND ELLIOT HWY EXTREME 1:1 SCALE SUMMER MAP ATS VER 1.44 Mod free download button and implement it to your game. It’s great getting even more than it was expected – that’s why we insist on you to try and test the benefits personally. That could be a great boost to your game and there are no reasons why to react negatively. Choose one of the various ATS Mods and take on new challenges. Driving a truck has never been so exciting!