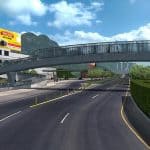 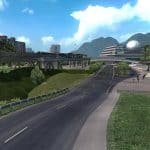 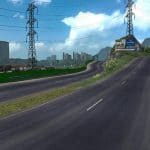 This is the BETA 1.0 of the REGIONS COLOMBIA map for version 1.33.x of the AMERICAN TRUCK SIMULATOR. The map is 1:1 scale and real routes.

It should be noted that it is possible to find a fault in the BETA map, so you’ll get some errors in the console, but the map is playable.

WHAT DOES BETA BRING?
– BETA brings a total of 5 “cities” with business operations.
– Paths in their entirety created with GOOGLE MAPS, nothing is invented.
– 2D vegetation for players with low-income PCs.
– Modification of the time zone is included.
– The alternate roads (trails) do not have GPS operation, this to provide blind driving.

Enjoy the first version of map!