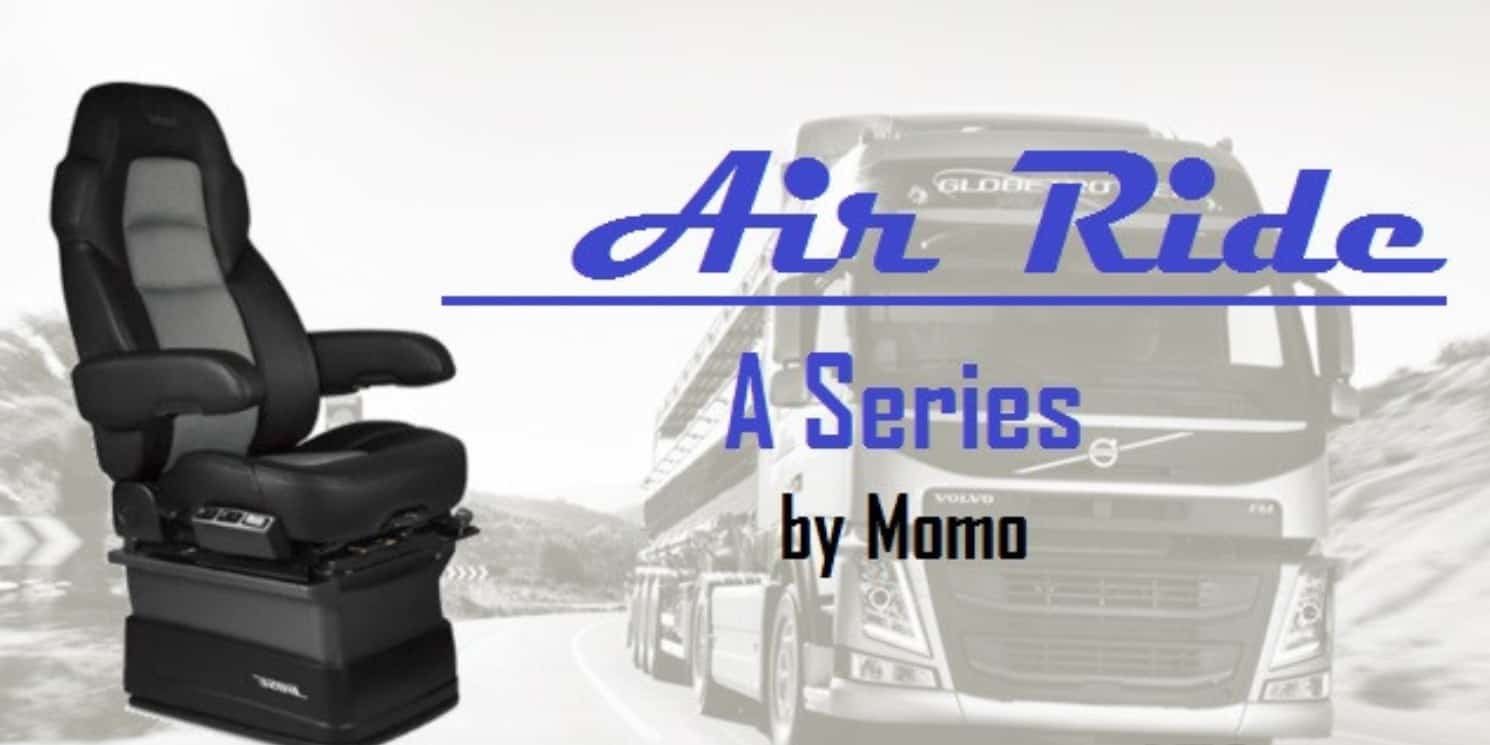 Normally I am not a truck driver, but recently i got a chance to test drive a Volvo FH truck in real life. I found that the driver seat always moved up and down while the truck was on the move regardless of the road conditions.
Because the seat carries the driver’s weight while trying to absorb the vibration as much as possible, so that’s why the seat always moves up and down.
In the contrary, ETS2 does not simulate the driver’s weight, so the driver in ETS2 has no weight and that’s why the seat rarely or barely moves in the game.
This mod is an attempt to simulate real life driver seat movement as close as possible by making the seat in the game more sensitive so that it moves up and down when it should. But there is no way to implement the driver weight, so it’s unable to be 100% accurate. But it should feel a lot more realistic now than the vanilla.

FEATURE
1. This mod replaces your seat with an air ride seat. It moves up & down when it should and properly, not too excessive.
2. Feel the softness of your air suspension seat.
3. This seat is not the same as what included in my Physics mods. This is a different seat. Place this mod higher than my physics mods.
4. As a little side effect, when you first enter the truck (the game drops your truck from the sky) your air seat will move up and down a little while (10 secs) because of the drop. This is normal. It will stop when the vibration has gone.